WHAT IS GOING TO HAPPEN IN MY DIVORCE? 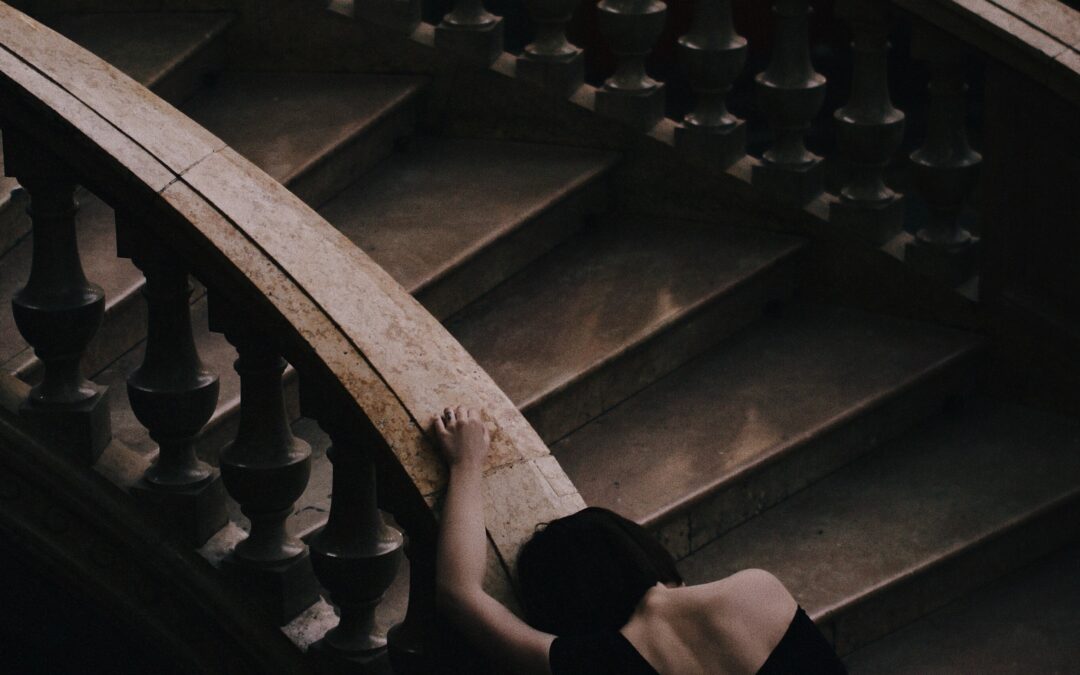 When you have been doing family law for as long as we have, it is easy to forget that not everyone knows or understands what is going to happen over the next few years (yes, years) as their case goes through the system. We see people at what is, for most of them, the worst time of their life. Something they had expected to last forever is falling apart, and they are now thrust into an arcane world with language and concepts that are different from what may be familiar to them, and over which they seem to have little control.

Despite the fact that every dissolution is different, there are still some things that routinely happen in almost every case. After the petition (including the mandatory declaration for the Uniform Child Custody Jurisdiction and Enforcement Act, if there are minor children involved) has been filed and served and everyone has made their formal appearance (or defaulted), it is necessary to start learning about the facts of the case and trying to develop a feel for what needs to be done.

The next step is to prepare and serve the Preliminary Declaration of Disclosure (PDD), which consists of a Declaration of Income and Expense (I&E) and a Schedule of Assets and Debts (SCAD), which have to be served within 60 days. This is, as the name suggests, a comprehensive listing of all the community and separate assets, debts, and other obligations which might need to be addressed during the divorce proceedings. We expect the client to provide the basic information but it typically takes several hours of paralegal time to verify the information, assemble the documentation (you have to include bank statements, bills, tax returns, credit card statements, deeds, car titles, etc.), cross-check it against the public records (it’s not unusual for a client to forget to list some assets), and put the documents into final form to be served. Both sides have to serve a PDD so comparing them to ensure everything is listed is an important part of the process.

Once the PDD is done, the next step is discovery. That is where you ask the other side to provide documentation (much of the stuff should have been provided in the PDD but some attorneys just say ‘to be determined’ instead of actually listing assets and debts) to determine income and to support any claim that a specific asset or liability is community or separate property. If the party on the other side doesn’t want to provide the discovery, or says it’s too cumbersome, or doesn’t want to go back more than two years, or any other excuse to not respond, then typically we send a subpoena directly to the institution holding those records. While issuing a subpoena is not the preferred solution, it can actually be cheaper than arguing with the attorney on the other side. If I spend just one hour haranguing (or being harangued by) another attorney over whether his client should be required to dig into his files to find the last five years of credit card statements, when those same statements could be obtained by a subpoena directly to the bank for a few hundred dollars, that is not a productive or economical use of the client’s money or my time. When attorneys and parties cooperate in discovery, it proceeds fairly quickly and cheaply and both sides end up with the same library of documents and information.

The next step would be determining if any motions need to be filed. If there is a disparity between the parties’ income, we typically would file a motion asking for spousal support, child support, and for the other party to contribute to your attorney fees (or we might be required to defend against such a motion). While we always hope to have an agreement that will obviate that exercise, that rarely occurs. Inevitably the court orders more than the payor thinks he/she should pay, but less than the recipient thinks he/she should get. Where minor children are involved, getting to the bottom line for child support and temporary spousal support involves two discrete steps: first, there is a process at which the parties, together with a trained mediator, will determine the child custody regimen: who stays with which parent, for what days or nights, when is visitation, etc. If they cannot agree, it will have to be decided by the judge, at a hearing with testimony and evidence. Once that is resolved, the percentage custody numbers are plugged into the computer program that determines child support and temporary spousal support.

Many litigants (and even some attorneys…) do not understand that the computer program used to set child support and temporary spousal support does not consider expenses, except for certain payments (such as deductible mortgage interest, or health insurance, or required union dues) that have a tax impact. Mortgage interest, for example, is deductible from gross income, so it goes into the program; car payments, or rent, are not deductible, so they are excluded. For guideline child support, the court has very little discretion to deviate from what the computer program determines is ‘guideline.’ Thus, the efforts of the attorneys are directed to ensuring the actual entries are correct; once that it done, the calculation is (with a few limited exceptions) not susceptible to manipulation.

The purpose of temporary spousal support is to stabilize the economic conditions of the parties, ensure (so much as possible) both sides have enough to live on, and to maintain the pre-separation status quo. Temporary spousal support is set using the same program as child support, although the court has limited discretion to deviate from the guideline number when considering the individual circumstances of the parties; even then, however, the ‘guideline’ is presumed to be correct, so if you want the court to consider some expenses or income that is not included in the guideline calculation, you have the burden of persuading the court why that is appropriate. In our experience, the courts rarely deviate significantly from the guideline number generated by the computer when setting temporary spousal support.

Once both sides have accumulated the necessary information and documentation, then you can initiate discussions regarding settlement. So long as both attorneys are competent and realistic about the value of the community estate, this usually results in an agreement. What can throw things off is if one party has a completely unreasonable position; for example, if the house is appraised at $800,000, but one party (the one who wants to end up with the house) thinks the appraisal is too high and is only willing to pay $600,000, that can prevent settlement.

I usually tell clients that almost any agreement they can make between themselves (assuming they are capable of having a civil conversation, which often is not the case…) is better than going to the judge. For any issue they cannot resolve consensually, by the time it can be researched, the facts and evidence determined, the moving papers written, the opposition papers reviewed and answered if necessary, and the attorney prepared to attend the hearing, the client will have incurred fees of at least $7,500, and frequently more – and this is just to get to the point where you can ask the judge to decide the question (with all the uncertainty that entails). If it’s not worth $10,000, it’s not worth fighting about. Don’t argue over the pots and pans – just buy a new set.

At some point, both sides will have a pretty good idea of the extent and value of the community estate. California law requires that the community property be divided equally; however, that does not mean each discrete asset and liability has to be divided 50/50. Consider, for example, a community estate consisting of a house with $400,000 equity, $50,000 in miscellaneous consumer debt (cars, credit cards, student loans, etc.), and retirement plans worth $400,000. Under this scenario, each spouse would receive net assets of $375,000. If one spouse wants the house, then he or she has to pay the other party for their share. If the spouse with the good retirement plan (think STRS or federal) wants to keep 100% of those benefits, then the ‘out’ spouse has to be bought out. The Propertizer allows the attorney and parties to see, in a nutshell, what any specific division of the community estate might look like. Usually there is an equalizing payment due from one side to the other; if there are no liquid assets sufficient to arrive at an equal overall division of the community estate, then some assets may have to be sold.

At some point, most divorces will involve a determination of permanent spousal support. ‘Permanent’ does not mean until the end of time; it simply means ‘after entry of judgment’ (keeping in mind that judgment can be after settlement or after trial). Unlike temporary spousal support, the court cannot use a computer program to set permanent spousal support. The court is required to consider the factors set out in Family Code section 4320 (you can read it at https://leginfo.legislature.ca.gov/faces/codes_displaySection.xhtml?sectionNum=4320.&lawCode=FAM ), the most important of which is the last: ‘Any other factors the court considers just and equitable’. Note that subsection (l) talks about a reasonable period of time for the supported spouse to become self-supporting; many people read that section and conclude “Oh boy! I only have to pay support for ½ the length of the marriage (or ‘Oh no! I only get support for ½ the length of the marriage’). Neither conclusion is correct. For a marriage of less than 10 years, it is presumed that the supported spouse will become self-supporting at the marital standard of living within ½ the term of the marriage. That is only a presumption; it is not binding. If the supported spouse can show, that, despite his or her best efforts, they are not yet capable of supporting themselves at the marital standard of living, then the court can require support to continue until that happens. For marriages in excess of ten years, there is no deadline by which the supported spouse is expected to become self-supporting, and subsection (l) simply does not apply.

Note the language ‘marital standard of living.’ Permanent support is based upon that concept. If the supported spouse, as a result of lack of skills, education or experience, will never be capable of meeting the marital standard of living without spousal support, then support is indeed likely to be ‘permanent.’ The amount and duration of permanent spousal support probably results in more contested trials (and post-judgment appeals) than any other issue in family law.

This is just a general outline of some things you can expect to happen in your divorce; like the disclaimers say, ‘Every case is unique.’ Family law judges have an enormous amount of discretion, and that means cases with seemingly similar facts can result in wildly disparate outcomes. Your best chances, as with almost anything else, rest with experienced and capable counsel.